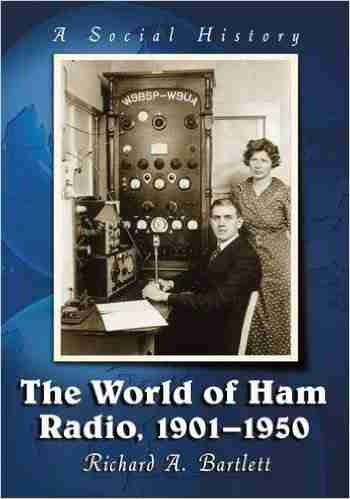 During the first fifty years of the twentieth century, ham radio went from being an experiment to virtually an art form. Because of the few government restrictions and the low monetary investment required, the concept of ham radio appealed to various people.

More than just a simple hobby, however, ham radio required its operators to understand radio theory, be able to trace a schematic and know how to build a transmitter and receiver with whatever material they might have available. With the advent of World War II and the increased need for cutting-edge communications, the United States government drew upon the knowledge and skill of these amateur ham radio operators.
This book explores the history of ham radio operators, emphasizing their social history and their many contributions to the technological development of worldwide communications. It traces the concept of relays, including the American Radio Relay League, from contacts as close as 25 miles apart to operators anywhere in the world. The book highlights the part played by ham radio in many of the headline events of the half century, especially exploration and aviation “firsts”. The ways in which these primarily amateur operators assisted in times of disaster including such events as the sinking of the Titanic and the 1937 Ohio River flood, are also examined.

Sign up for Updates
Find A Local Bookstore
Disclosure of Material Connection: Some of the links in the pages on this site are "affiliate links." This means if you click on the link and purchase the item, I will receive an affiliate commission. I am disclosing this in accordance with the Federal Trade Commission's 16 CFR, Part 255: "Guides Concerning the Use of Endorsements and Testimonials in Advertising."